Based on research, mainly in rodents, tremendous progress has been made in our basic understanding of the pathophysiology of stroke. After many failures, however, few scientists today deny that bench-to-bedside translation in stroke has a disappointing track record. I here summarize many measures to improve the predictiveness of preclinical stroke research, some of which are currently in various stages of implementation: We must reduce preventable (detrimental) attrition. Key measures for this revolve around improving preclinical study design. Internal validity must be improved by reducing bias; external validity will improve by including aged, comorbid rodents of both sexes in our modeling. False-positives and inflated effect sizes can be reduced by increasing statistical power, which necessitates increasing group sizes. Compliance to reporting guidelines and checklists needs to be enforced by journals and funders. Customizing study designs to exploratory and confirmatory studies will leverage the complementary strengths of both modes of investigation. All studies should publish their full data sets. On the other hand, we should embrace inevitable NULL results. This entails planning experiments in such a way that they produce high-quality evidence when NULL results are obtained and making these available to the community. A collaborative effort is needed to implement some of these recommendations. Just as in clinical medicine, multicenter approaches help to obtain sufficient group sizes and robust results. Translational stroke research is not broken, but its engine needs an overhauling to render more predictive results.

Read the full article at the Publishers site (STROKE/AHA). If your library does not have a subscription, here is the Authors Manuscript (Stroke/AHA did not allow me to even pay for open access, as it is ‘a special article…’). 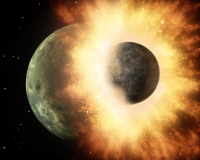 Recently, NIH Scientists  B. Ian Hutchins and colleagues have (pre)published “The Relative Citation Ratio (RCR). A new metric that uses citation rates to measure influence at the article level”. [Note added 9.9.2016: A peer reviewed version of the article has now appeared in PLOS Biol]. Just as Stefano Bertuzzi, the Executive Director of the American Society for Cell Biology, I am enthusiastic about the RCR. The RCR appears to be a viable alternative to the widely (ab)used Journal Impact Factor (JIF).

The RCR has been recently discussed in several blogs and editorials (e.g. NIH metric that assesses article impact stirs debate; NIH’s new citation metric: A step forward in quantifying scientific impact? ). At a recent workshop organized by the National Library of Medicine (NLM) I learned that the NIH is planning to widely use the RCR in its own grant assessments as an antidote to JIF, raw article citations, h-factors, and other highly problematic or outright flawed metrics. END_OF_DOCUMENT_TOKEN_TO_BE_REPLACED

Where have all the flowers gone?

Using metaanalysis and computer simulation we studied the effects of attrition in experimental research on cancer and stroke. The results were published this week in the new meta-research section of PLOS Biology. Not surprisingly, given the small sample sizes of preclinical experimentation, loss of animals in experiments can dramatically alter results. However, effects of attrition on distortion of results were unknown. We used a simulation study to analyze the effects of random and biased attrition. As expected, random loss of samples decreased statistical power, but biased removal, including that of outliers, dramatically increased probability of false positive results. Next, we performed a meta-analysis of animal reporting and attrition in stroke and cancer. Most papers did not adequately report attrition, and extrapolating from the results of the simulation data, we suggest that their effect sizes were likely overestimated. END_OF_DOCUMENT_TOKEN_TO_BE_REPLACED

This has been a week chock-full of bias! First nature ran a cover story on it, with an editorial, and a very nice introduction into the subject by Regina Nuzzo. Then Malcolm Macleod and colleagues published a perspective in Plos Biology demonstrating limited reporting of measures to reduce the risk of bias in life sciences publications, and that there may be an inverse correlation between journal rank or prestige of the University from which the research originated and presence of measures to prevent bias. At the same time Jonathan Kimmelman’s group came out with a report in eLife  in which they meta-analytically explored preclinical studies of an anticancer drug (sunitinib) to demonstrate that only a fraction of drugs that show promise in animals end up proving safe and effective in humans, partly because of design flaws, such as lack of prevention of bias, and partly due to positive publication bias. Both articles resulted in a worldwide media frenzy, including coverage by Nature and the lay press, here is an example from the Guardian. Retraction Watch interviewed Jonathan, while Malcolm spoke on BBC4.

Biomedicine currently suffers a ‚replication crisis‘: Numerous articles from academia and industry prove John Ioannidis’ prescient theoretical 2005 paper ‘Why most published research findings are false’ (Why most published research findings are false) to be true. On the positive side, however, the academic community appears to have taken up the challenge, and we are witnessing a surge in international collaborations to replicate key findings of biomedical and psychological research. Three important articles appeared over the last weeks which on the one hand further demonstrated that the replication crisis is real, but on the other hand suggested remedies for it:

Two consortia have pioneered the concept of preclinical randomized controlled trials, very much inspired by how clinical trials minimize bias (prespecification of a primary endpoint, randomization, blinding, etc.), and with much improved statistical power compared to single laboratory studies. One of them (Llovera et al.) replicated the effect of a neuroprotectant (CD49 antibody) in one, but not another model of stroke, while the study by Kleikers et al. failed to reproduce previous findings claiming that NOX2 inhibition is neuroprotective in experimental stroke. In Psychology, the Open Science Collaboration conducted replications of 100 experimental and correlational studies published in three psychology journals using high-powered designs and original materials when available. Disapointingly but not surprisingly, replication rates were low, and studies that replicated did so with much reduced effect sizes.

On March 17, 2015 five panelists from cognitive neuroscience and psychology (Sam Schwarzkopf, Chris Chambers, Sophie Scott, Dorothy Bishop, and Neuroskeptic) publicly debated  “Is science broken? If so, how can we fix it?” . The event was organized by Experimental Psychology, UCL Division of Psychology and Language Sciences / Faculty of Brain Sciences in London.

Remarkably, some of the panelists (notably Sam Schwarzkopf) respectfully opposed the current ‘crusade for true science’  (to which I must confess I subscribe) by arguing that science is not broken at all,  but rather, by trying to fix it we run the risk to wreck it for good. Already a few days before the official debate, he and Neuroskeptic had started to exchange arguments on Neuroskeptic’s blog. While both parties appear to agree that science can be improved, they completely disagree in their analysis of the current status of the scientific enterprise, and consequently also on action points.

This predebate argument directed my attention to a blog, which was run by Sam Schwarzkopf, or rather his alter ego, the ‘Devil’s neuroscientist’ for a short, but very productive period. Curiously, the Devil’s neuroscientist retired from blogging the night before the debate, threatening that there will be no future posts! This is sad, because albeit somewhat aggressively, but very much to the point, the Devil’s neuroscientist tried to debunk the thesis that there is any reproducibility crisis, that science is not self-correcting, that studies should be preregistered, etc. In other words, he was arguing against most of the issues raised and remedies suggested also on my pages. In passing, he provided a lot of interesting links to proponents on either side of the fence. Although I do not agree with many of his conclusions, his is by far the most thoughtful treatment on the subject. Most of the time I discuss with fellow scientist who dismiss problems of the current model of biomedical research I get rather unreflected comments. They usually simply celebrate the status quo as the best of all possible worlds and don’t get beyond the statement that there may be a few glitches, but that the model has evolved over centuries of undeniable progress. “If it’s not broken, don’t fix it.”

The Devil’s blog stimulated me to produce a short summary of key arguments of the current debate, to organize my own thoughts and as a courtesy to the busy reader. END_OF_DOCUMENT_TOKEN_TO_BE_REPLACED

END_OF_DOCUMENT_TOKEN_TO_BE_REPLACED 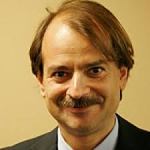 In 2005 PLOS Medicine published John Ioannidis’ paper ‘Why most published research findings are false’ . The article was a wake up call for many, and now is probably the most influential publication in biomedicine of the last decade (>1.14 Mio views on the PLOS Med webside, thousands of citations in the scientific and lay press, featured in numerous blog posts, etc.). Its title has never been refuted, if anything, it has been replicated, for examples see some of the posts of this blog. Almost 10 years after, Ioannidis now revisits his paper, and the more constructive title ‘How to make more published research true” (PLoS Med. 2014 Oct 21;11(10):e1001747. doi: 10.1371/journal.pmed.1001747.) already indicates that the thrust this time is more forward looking. The article contains numerous suggestions to improve the research enterprise, some subtle and evolutionary, some disruptive and revolutionary, but all of them make a lot of sense. A must read for scientists, funders, journal editors, university administrators, professionals in the health industry, in other words: all stakeholders within the system! 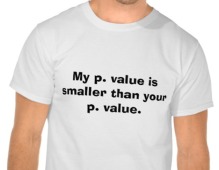 What does it mean if a result is reported as significant at p < 0.05?

A If we were to repeat the analysis many times, using new data each time, and if the null hypothesis were really true, then on only 5% of those occasions would we (falsely) reject it.

B Without knowing the statistical power of the experiment, and not knowing the prior probability of the hypothesis, I cannot estimate the probability whether a significant research finding (p < 0.05) reflects a true effect.

C The probability that the result is a fluke (the hypothesis was wrong, the drug doesn’t work, etc.), is below 5 %. In other words, there is a less than 5 % chance that my results are due to chance.

Be honest, although it doesn’t sound very sophisticated (as opposed to A and B), you were tempted to chose C, since it makes a lot of sense, and represents your own interpretation of the p-value when reading and writing papers. You are in good company. But is C really the correct answer?

END_OF_DOCUMENT_TOKEN_TO_BE_REPLACED 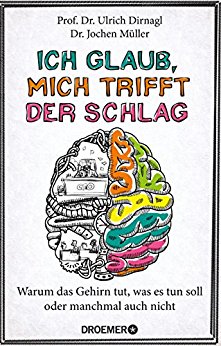